Last December 2 – 6 2013, the fifteenth session of the UNIDO (United Nations Industrial Development Organization) General Conference took place in Lima, Peru under the overarching theme “UNIDO: Towards partnerships for a new industrial revolution for inclusive and sustainable growth”. The Conference was attended by 1,500 delegates (all 172 Member States), including many Heads of State and Government. The opening day of the General Conference featured a one and a half hour panel discussion on the theme of “Partnerships for Industrial Development”. This panel addressed issues such as the role of industrial activity in wealth creation and the role of investment and innovation in industrial development for productivity gains. Charles Edquist was a member of this panel. The other participants were Luis M. Castilla Rubio, Minister of Economy and Finance, Peru; Seiji Kihara, Parliamentary Vice-Minister for Foreign Affairs, Japan; Dirk Niebel, Federal Minister of Economic Cooperation and Development, Germany; Kandeh K. Yumkella, Special Representative of the UN Secretary-General, Sierra Leone; and Jean-Francis R. Zinsou, Permanent Representative of Benin to the UN. The moderator was Todd Benjamin, former anchor, correspondent and financial editor for CNN. 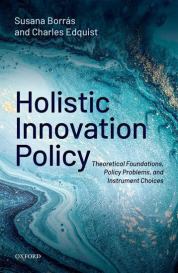 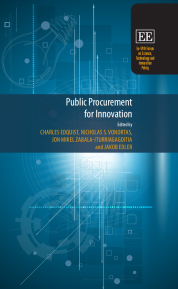 The Oxford Handbook of Innovation